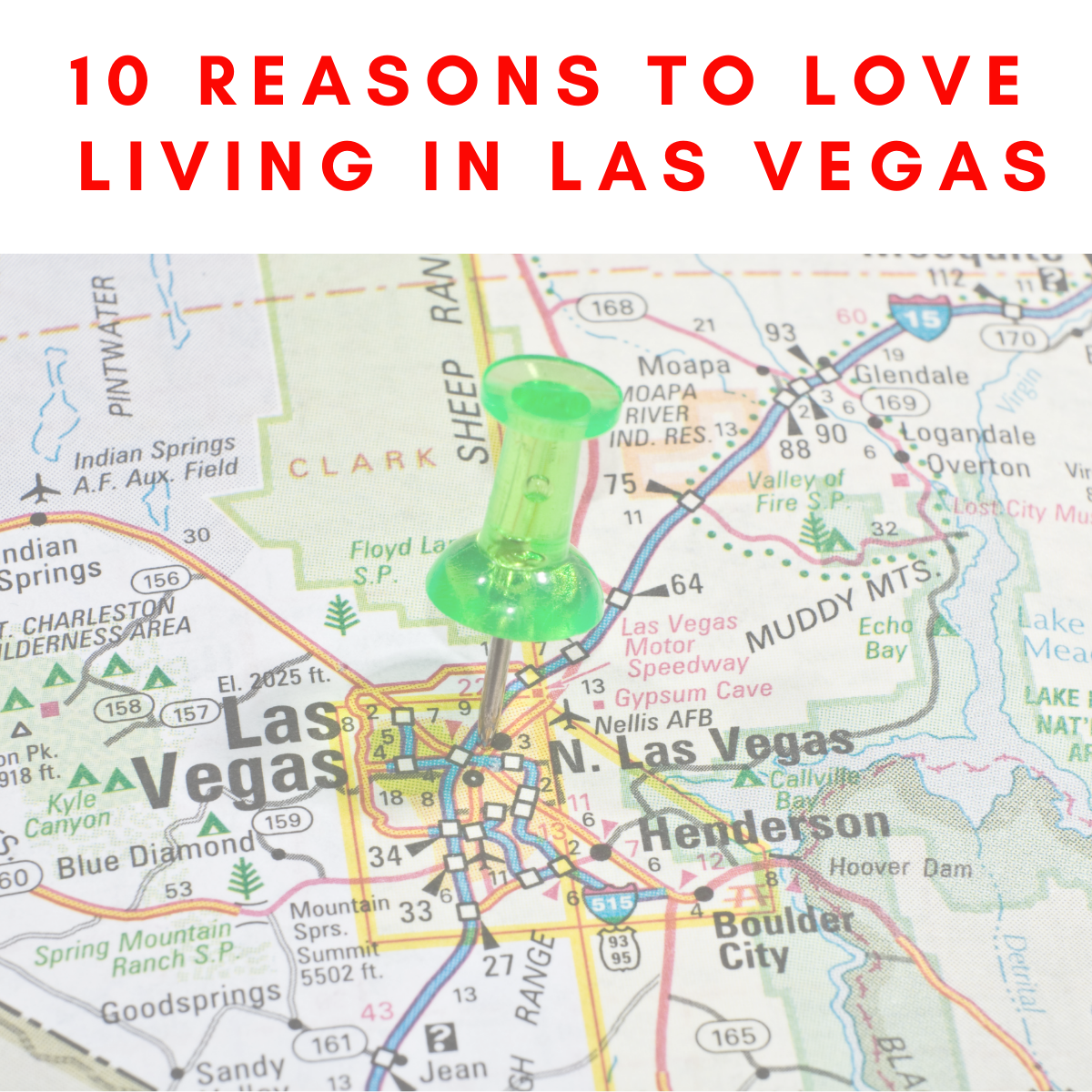 In contrast with the Las Vegas Strip's swanky nightlife, urban atmosphere, reputation as a party town, and ever famous alias "Sin City", there is an equally large part of the Las Vegas Community that is not centered around Strip entertainment. Here are the Top 10 Reasons to Love Living in Las Vegas.

Number One - Adventure and Outdoor Get-Aways

Saying not centered around the Las Vegas Strip means yes there is life outside of the Casinos. Often locals won't even go to the Strip and avoid it as much as possible.  The Las Vegas desert is full of adventure and surprises. Yes, it’s true; there are tons of adventures and surprises waiting for you in the Las Vegas Desert. There is Blue Diamond, NV; Bonnie Springs; Spring Mountain Ranch; Red Rock; Mount Charleston; Lake Mead; Hoover Dam; Seven Magic Mountains; Zip Lining across the desert; Valley of Fire, and much more in between. These are just a few recreational activities in the Las Vegas Desert. Whatever you like to do, you can find it here.

Did I mention there is no State Tax? Maybe that should have been first. Yes, that is correct people who live in Nevada, not just Las Vegas, pay zero State Tax. The State of Nevada does not have a State Tax. Starting there, when you compare the cost of living in Las Vegas to Los Angeles, it is 59% more affordable to live in Las Vegas. Housing is almost 200% more in Los Angeles than it is in Las Vegas.  For what you would pay for a home built in the 1950s-60's that needs to be remodeled you could have a brand new home on nearly an acre of land fully upgraded. Comparing Las Vegas to Portland Oregon, the cost of housing is 90% more expensive, again we see more bang for your buck in Las Vegas. It is not just housing that is cheaper in Las Vegas,  utilities, transportation, and even the cost of food are much lower here. It also helps that Las Vegas is a 24-hour town and decent-paying jobs are not a scarcity.

Out of 365 Days, Las Vegas claims 292 days of beautiful, beautiful sunshine. If you are ready for a change of pace, no more rain, tornados, hurricanes, or all-around natural disaster type of gloomy weather, Las Vegas is your new hometown. Occasionally Las Vegas is subject to small earthquakes, usually nothing over 1-2 on the Richter Scale, but its so few and far between and so small you won't even notice. Las Vegas does get monsoonal weather in July and August, sometimes as early as June, but it never lasts long and the sun is back out to stay.

Number Four - Uniqueness of the Desert

Native and unique landscaping in the Las Vegas Desert. Las Vegas is part of the Mojave Desert, and in the Mojave desert, there are native plant species that are specific to the Southwestern Desert and can live nowhere else. There are over 200 native plant varieties in the Mojave. The most famous is the Joshua tree, which only grows in this one area in the entire world. Other dominants yet native plants include the creosote bush, brittlebush, desert holly, and white burro bush. All of these make the beautiful desert full of life and color.  Las Vegas also is known for its wildlife. During the day you might look up and see hawks or hummingbirds. In the desert brush, there are many species of lizards, rabbits, Bighorn sheep, desert tortoises, and various snakes, donkeys, and coyotes too can be found here.

The history of Las Vegas is unique, mining, marriage, and mobsters. That is just part of it. There are many abandoned mines around Las Vegas and Lake Mead. Mining started in the 1850s and in present-day its importance is still large. Nevada is a place where minerals such as gold, silver, copper, clay, gypsum and more are found. The Marriage trends may have started in Reno but Las Vegas became and still is the marriage capital of the world. The mobster's arrival with Casinos, Gaming and a Legal Hideout, made Las Vegas what it is today. Our current Mayor is the mob’s attorney’s wife and our previous mayor was the Mob’s attorney. While the Mob “may” be gone, all the old time vintage Vegas history lives on still today.

The sunrises and sunsets are spectacular in Las Vegas. There is nothing like a Las Vegas Sunrise or Sunset. The southwestern sky lights up differently with each passing moment. In the morning, the clouds and the light work together and create beautiful portraits of the day ahead. In the evening, the sun settles across the mountaintops, casting light and shadows across the mountain's rough exterior and changing the mountain's color from brown, to black, to the most extraordinary shades of purple. The evening skies can be the most beautiful sight you have ever laid on eyes upon.

In late 2016 and early 2017 Las Vegas finalized the sports deals of the year. Las Vegas is now host city to a professional Hockey Team and a Professional Football Team. Raider Stadium will bring upwards of 30,000 jobs in the next 2-3 years. Not only does it bring jobs, but it brings more tourism and more money into our economy which will stimulate further job opportunities and growth for Las Vegas.

The town never sleeps, Everything is 24/7. In a town that is 24/7 the luxury of knowing you can go bowling at 2am or eat prime rib and lobster at midnight is appealing. It certainly doesn't mean you will do it, or that you have to do it, at least not all the time, but hey, you only live once.

Downtown Vegas used to be the place most locals would avoid. Zappos CEO, Tony Hseih,  is the main reason Down Town Las Vegas is a lively and bustling place. It has become the Art District full of artists and unique spaces. Container Park is a unique family-oriented area DownTown where all the businesses are made from you guessed it shipping containers. There is a wild praying mantis that blows fire at the entrance, and the opposite of that is padlocks of love a must-see.  Many of the buildings in the area are painted with murals, many coffee shops, diners, vegan restaurants, and small intimate cocktail lounges. When you tie it all together it brings a unique perspective to this area.

The Las Vegas Area is a very diverse community. According to the CLRSearch, the Las Vegas Community makeup as of 2017 is

Henderson, NV a suburb of Las Vegas was voted as one of the most diverse places to live in 2017, by Niche.com. Las Vegas was also ranked by census data by the Brookings Institute, Las Vegas ranked number 1 among large metropolitan areas in a metric that evaluates whether whites and racial minorities live together in diverse neighborhoods.

Las Vegas received a score of 40, meaning that 40 percent of minority residents would have to change neighborhoods to be distributed evenly with white people. A score of 70 is considered significantly segregated.

Overall there are many benefits to living in Las Vegas and loving the Vegas Desert Life. Pack your bags for good, what are you waiting for?