Moving to Henderson, NV? Here's What You Need to Know 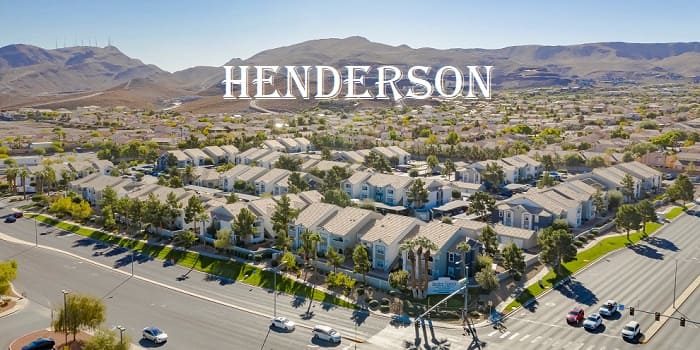 On the outskirts of Las Vegas is Nevada's second-largest city, Henderson. It is a suburban area only 16 miles south of  Las Vegas.  Residents of Henderson experience the best of both worlds: a fast-paced entertainment center and a less congested family environment. Here are a few important facts you need to keep in mind before moving to Henderson.

If you're looking for a change of scenery, consider moving to Henderson, Nevada. With its picturesque landscape and close proximity to Lake Mead and Hoover Dam, Henderson is the perfect place to enjoy an outdoor lifestyle. Plus, with its many golf courses and other recreational amenities, Henderson is a great place to relax and recharge.

Cost of living - The cost of living index in Henderson is 117.7, which reflects 17.7 percent higher costs than the average American city. The median home price in the area is $326,900, with about 60 percent of the market comprising homeowners. Groceries and utilities are only slightly more costly than the national average, whereas healthcare is more affordable.

Job market - Many of Henderson's 270,000 residents commute to Las Vegas for work. Employment opportunities in Henderson lean more toward independent small businesses rather than large corporations. Top employers include the City of Henderson and St. Rose Dominican Hospital, each with over 2,500 employees. Moreover, several casinos and resorts employ hundreds of people.

Popular industries in the area - Tourism is the biggest industry in Henderson. It encompasses golf courses, casinos, resort hotels, and tourist attractions. Other key industries include education, healthcare, IT, and finance.

Things to do in Henderson

Traffic - Commuting from Henderson to downtown Las Vegas usually takes about 23 minutes. Over 80 percent of residents own vehicles versus 8 percent who carpool. About 8 percent work from home or take mass transit.

Alternative routes - Henderson has two major interstates (I-11 and I-215), along with several alternate routes to choose from when traffic gets too dense. Highway 582 is also a convenient option. The City of Henderson's website keeps the community updated on alternate routes.

The city's love of the great outdoors makes it a healthy choice for people who appreciate good exercise. The pleasant climate, mom-and-pop shops, and booming job market ensure a comfortable living environment in Henderson.

If you are looking for an affordable place to live near Las Vegas, consider the city of Henderson, which offers a diverse variety of homes that fit different lifestyles from downtown to suburbia. Contact Valerie Brown to learn more about the city next door to one of the nation's top entertainment hubs.